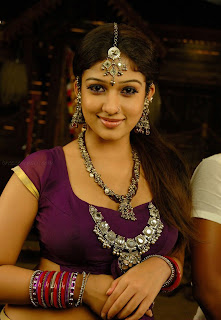 It’s final now. After weeks of speculation and dilly-dallying, the makers of the Tamil remake version of the Bollywood super-hit film The Dirty Picture have finally decided as to whom to cast in the role essayed with aplomb by Vidya Balan in the original version which resulted in her bagging the coveted national award for ‘best actress’.
Petitions which were filed against the making of The Dirty Picture were quashed and the film ultimately ended up as a high-grossing film at the box-office. The kind of response the film elicited from the audiences has made more and more produces think seriously about remaking the film in their respective regional languages.
Nayanthara, who is on a comeback trail in Tamil films, has been chosen to play the lead role in the film, has reportedly demanded and has been assured of a huge sum for the film. It is said that she has agreed to act in many sexy and ‘steamy’ sequences.
Posted by sankar at Saturday, May 12, 2012 No comments:

Actor Prasanna,Sneha to go to US? 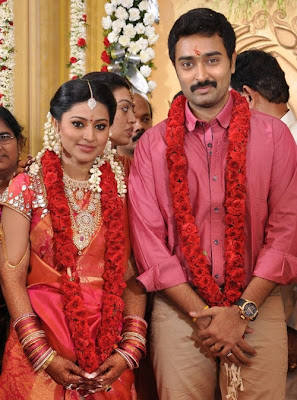 All is well. This is how the wedding of Prasanna and Sneha, which took place on Friday, can be described in one sentence. Within a week’s time from now, the happy couple will start their honeymoon trip, say circles close to them.
“Sneha and Prasanna are willing to go to the United States, as it was there their love journey started. Remember they had acted together in Achamundu Achamundu which was shot entirely in the US,” sources say.
“Some places in the US are so close to their hearts. Hence the love birds will go there as part of their honeymoon trip,” sources say, adding: “But a couple of other destinations are also on the cards.”
The marriage and reception at Sri Varu Venkatachalapathy Palace Kalyana Mandapam were well attended by the couple’s friends, relatives and colleagues. It was a grand, traditional wedding with the blessings of elders in both the families.
Posted by sankar at Saturday, May 12, 2012 No comments: 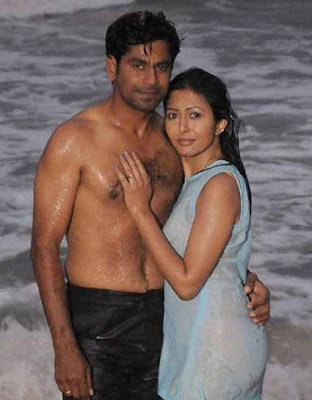 Rainbow Creations is producing a film that is being directed by Shakthi Vasanth Prabhu who had apprenticed under Prabhu Deva. He had also worked with director Tharun Gopi and dialogue writer Prabhakaran. The film titled Yen Intha Mayakkam deals with the misuse of mobile phones and laptops and the harsh realities associated with it.

The scientific advancement has paved way for the use of these gadgets even among the teenagers. Several teenagers are seen talking on their mobiles or using their laptops for the wrong purpose. This certainly has an adverse effect on the society and Yen Inthan Mayakkam portrays this very engagingly.

Velmurugan, who was Nirav Shah’s assistant, is handling the camera for this film.

Newbies Rajiv Kumar and Rithika play the lead pair with another debutant Sorna playing the second heroine. While Rithika is a Bangalore based model, Sorna is a participant in the Maanada Mayilaada Season 7 show.

The shooting has been in progress in various places in Tamil Nadu and the last leg has commenced recently. Yen Intha Mayakkam is aimed to create a social awareness.
Posted by sankar at Saturday, May 12, 2012 No comments: 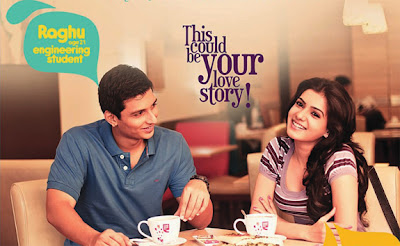 Maestro Ilaiyaraaja’s achievements, status and stature in the Tamil film industry are unparalleled. The moment a film is announced with Ilaiyaraaja’s music, expectations start building up among his fans in particular about his music and in general about what the film might have to offer. Ilaiyaraaja, who started his musical sojourn in the mid-seventies, has been going strong for more than 35 years now and finds himself in an unassailable position despite him taking a break from composing music for most part of the last decade.
That gap allowed his son Yuvan Shankar Raja, a highly talented individual, to cement his palce in the industry. Now, Ilaiyaraaja is back and is back with a bang. One of his major upcoming films would be Needhanae En Ponvasantham (NEP) directed by Gautham Menon. This is the first time Menon is working with Ilaiyaraaja in his decade-long career as film-maker in Kollywood.
The film’s audio rights are presently in the process of negotiation. Reports say that Sony Music has reportedly offered an unprecedented sum of 2 crore to bag the audio rights of the film which stars Jiiva and Samantha in lead roles in the Tamil version while Naani replaces Jiiva for the Telugu version. Menon might finally settle for 2.50 crore, it is further reported.
If the deal is struck, the cost the film’s audio-rights would easily overtake that of Vinnai Thaandi Varuvaaya, Menon’s earlier film which had music by A.R. Rahman.
Posted by sankar at Saturday, May 12, 2012 No comments:

Actor Vikram to team up with Shankar for ‘Thendal? 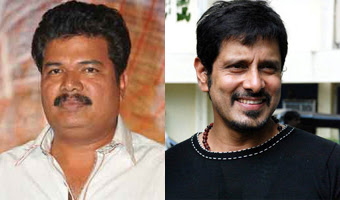 Post the stupendous success of ‘Nanban’, a guessing game was on as to who will celebrated director Shankar team up with for his next and a number of names, from Suriya, Vikram to Kamal Haasan were rumored.
The rumors came to an end as Shankar has reportedly met few in the industry regarding the pre-production work and it is as good as official that he will be teaming up with Chiyaan Vikram for his next.
Now, rumor mills are working overtime that the director will be helming a project on elections and that it has been tentatively titled ‘Thendral’. Dialogues are touted to be penned by writers Suba and cinematography by PC Sriram.
Vikram who is currently shooting for his forthcoming high voltage action entertainer ‘Thaandavam’ in foreign locales will be back in a few weeks following which the pre-production and first look work on the film will begin.
Posted by sankar at Saturday, May 12, 2012 No comments: 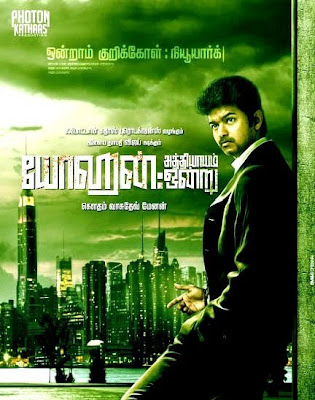 Vijay starrer Yohan – Adhyayam Ondru, which director Gautham Menon announced last year, will commence in July. Confirming this, the director has said that the journey will start from July onwards. Gautham Menon is busy with the bilingual Nee Thaane En Pon Vasantham and Vijay has the AR Murugadoss directed Thuppakki.

Both these films are on the verge of being completed and is expected to be wrapped up by June end. Following this, the director and the star have decided to go ahead with their most expected film Yohan – Adhyayam Ondru.

Gautham is planning this as a franchise on the lines of the James Bond series but has said that it will depend on Adhyayam Ondru’s reception.
Posted by sankar at Saturday, May 12, 2012 1 comment: