''THIS DELIVERS WHAT I FEEL ABOUT AJITH'' Thousands of fans and members of the film fraternity were wide awake last night waiting for the clock to strike 12:01. It was the release of yet another image from the Vivegam camp.

A bright image, completely white, a fair toned Ajith, clad in a white suit and goggles, lying prone on snow taking a steady aim through the scope of a sniper rifle. The image, as promised by director Siva was released at 12:01 am and satisfied all Ajith fans.

This morning, comedian Karunakaran who has played a role in Vivegam has taken to Twitter to shower his share of praise for Ajith, and he said, ''Thala is a person who is Kind and Humble for no reason I can write essays, but in short this delivers what I feel''. Most of Ajith's co-stars are known to praise the actor who possesses great humility majorly and Karunakaran has joined that long list.
Posted by sankar at Thursday, March 23, 2017 No comments: 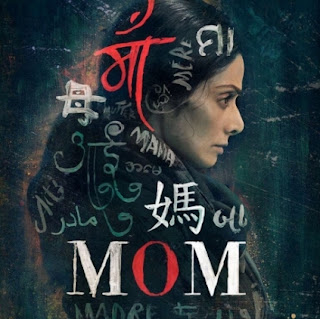 Yesteryear beauty Sridevi, who has proved her mettle in acting across various languages and genres is entering her 50th year in the film industry this year.

Just as we think that is an incredible milestone, we learn that she is acting in her 300th film too! The film titled, Mom is scheduled for a July 14th release. The movie will also star Abhimanyu Singh, Akshaye Khanna and Nawazuddin Siddique in a cameo appearance. The maestro, AR Rahman will be scoring the music for this film directed by Ravi Udyawar.

Notably, in an interview to a North Indian media, Salman Khan has praised Sridevi and has said, 'Even myself , Shah Rukh, Akshay Kumar and Aamir together haven't done 300 films, but Sridevi alone has achieved this great feat!''

It is to be noted that her last outing was the Vijay starrer, Puli!

It definitely is an amazing milestone for Sridevi and we wish her the very best for Mom, and all her future endeavors!
Posted by sankar at Tuesday, March 14, 2017 No comments: 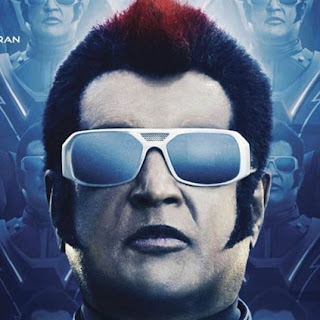 Director Shankar's astounding vision is expected to lure in the audiences like never before with his upcoming scientific action entertainer 2.0 aka Enthiran 2.

We are informed that the satellite rights of Superstar Rajinikanth’s multi-crore film 2.0 (Tamil, Telugu, and Hindi) have been reportedly sold for a humongous 110 crores to Zee Television. We hope it’s going to be a win-win deal for both the parties. Nice to see a film’s satellite rights sold so well in advance especially when some of the recent big movies are left unsold.

Raju Mahalingam, the creative head of Lyca Production confirmed this news through his official Twitter space which reads as follow: "It's TRUE" Lyca Productions's gets a partner in Zee for our Mega Opus 2.0 Satellite!!!”

It must be noted that the satellite rights of last year's biggest Indian hit Dangal were reportedly sold for 75 crores. So it looks like 2.0 has opened its record book already.

*Tweet is not spell-checked
Posted by sankar at Tuesday, March 14, 2017 No comments:

Vijay-Vikram in Mani Ratnam's next?

Reports just coming in from various sources reveal that Mani Ratnam is planning to make a full fledged action movie after ‘Kaatru Veliydai’ on the lines of his super hit ‘Thalapathy’ that starred Rajini, Mammootty and Arvind Swamy.
The most breathtaking buzz on this front is that Vijay, Vikram and Ram Charan Teja will be the three heroes for Mani Ratnam. There are already more or less confirmed information that talks have been held with Ram Charan and now, according to sources Vijay and Vikram have both heard the script and given their nod.
This could be the mother of all movie news and we should stay positive that all the talks come to fruition as the class director is planning to announce the mega venture in June this year.  A word of caution to our readers is that this is show business and anything could change at any time so we do have to wait for the official confirmation.
Posted by sankar at Thursday, March 09, 2017 No comments: